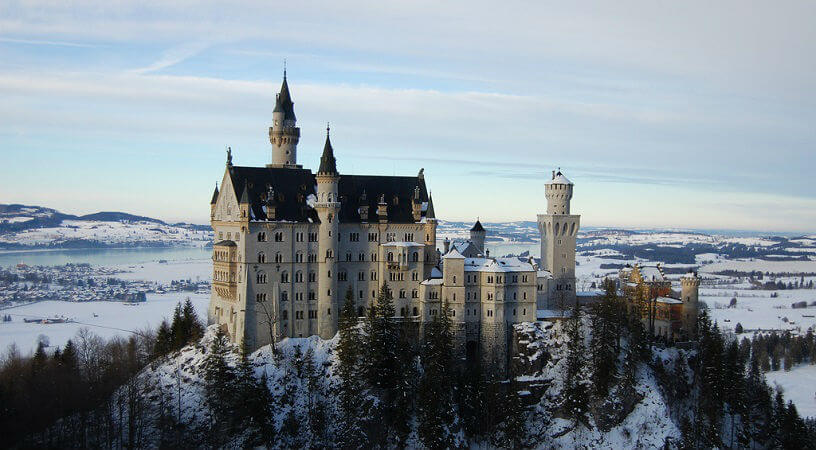 Germany is one of the most historical and charming countries on the continent. Between the various cities, rural scenery and old-world villages, Germany is one of the top European countries for tourists. Located in the heart of Europe, this country is something special considering it has the biggest economy on the continent, more inhabitants than anywhere else in the European Union and shares land borders with nine other nations. Contrary to old stereotypes, Germany is diverse and makes sure to combine the influx of different cultures from the many surrounding nations with time-honoured traditions. While spending your holiday at this fascinating destination, be prepared for a trip full of culinary delights, historical adventures, and incredible sightseeing.

If you are planning a holiday to Germany, try your best to travel to this European country in the early months of fall. From September through October, Oktoberfest is held annually in Munich, Bavaria, Germany. This 16-day folk festival hosts more than six million people from around the world and is the world’s largest Volksfest—a beer festival and travelling “funfair”. Oktoberfest is an important part of German culture, having been held in Bavaria since 1810. While other cities across the world also hold Oktoberfest celebrations modelled after the original Munich event, nothing tops experiencing this famous fair in its original homeland. Enjoy a day full of classic German cuisine, traditional wind music, historical costumes and pints of authentic German beer.

The Brandenburg Gate in Berlin is an 18th century arch that once stood within a divided city, and is one of the best-known landmarks of Germany. This symbol of unity is built on the site of the former city gate and is the only remaining city gate of Berlin that formerly represented the separation between East and West Berlin. Since the Berlin Wall came down in 1989, the Brandenburg Gate has represented German harmony and is also one of the finest examples of German architecture. Spend time walking around, under and beyond this iconic structure, for a lesson in the rich and lengthy history of Germany.

Neuschwanstein Castle looks like it came straight out of a fairy tale with its massive spires and decorated architecture. In fact, this beautiful structure is what inspired all the well-known cartoon Disney castles. This German masterpiece rests on the hillside, surrounded by green forestry for a sense of grandeur and majesty. Germany has many impressive castes, but none quite so fine as Neuschwanstein Castle. Explore this regal piece of architecture through a guided tour for the full historical background, or spend your day travelling along the hiking trail through the Pöllat Gorge for incomparable views of the surrounding scenery.

Cologne is the fourth-largest German city most famous for three types of liquid—Kolsch, Eau de Cologne and chocolate. Kolsh is a light coloured specialty beer only brewed in Cologne. Enjoy Kolsch in an original Brahaus, a traditional German pub where the beer is brewed. One thing to note about this German drink—the waiters will continue to serve you more and more beer without asking until you end the evening by covering your glass with your beer mat. Eau de Cologne, on the other hand, is definitely not a drink, but rather a perfume that has been produced in this German city since 1792. Even though some say it has medicinal properties when ingested, it is recommended not to drink Eau de Cologne. Finally, there is chocolate, which unlike in many other places, is served in liquid form here in Cologne. For the best drinkable chocolate, head to the chocolate museum overlooking the Dom Cathedral.

The Black Forest runs along Germany’s southwest border with France to the shores of Lake Bodensee, where Germany meets Austria. The Black Forest is another picture-perfect sight, full of massive mountainous peaks covered with fresh mountain pines and broken up by clear streams and rivers. After all your time in the fresh air, exploring this magnificent forest, settle down and enjoy some famed Shwarzwalderkirschtorte, otherwise known as Black Forest cake. This decadent dessert typically consists of several layers of chocolate cake, with whipped cream and cherries between each layer.

Germany is a great country to visit and an ideal place to travel to at any time of the year. Every season has its charm, so when to go depends on your travel type.

If you love warm, sunny days and do not mind waiting in long lines or being one of many tourists, then book your flight for spring or summer. After a long, cold winter, the spring season is a welcoming time of year for Germany as there are plenty of traditional Easter celebrations and spring fairs.

Summer is the height of the travel season, so flights and accommodations are more expensive, but for good reason. The weather is absolutely gorgeous and there are many outdoor activities for visitors to enjoy. While you may wait a bit longer in lines for tourist attractions than you would during the off seasons, the days longer so you can fit in all your adventures.

However, if you are looking to spend less money during your trip, and cold temperatures do not bother you, then the best time to travel to Germany would be in the autumn. Fall is a beautiful time to visit, with local wine festivals back in full swing and Oktoberfest celebrations across the nation. However, just make sure to pack an umbrella because autumn in German can be wet.

While Germany does experience very cold winters, the sights and attractions look just as, if not more, beautiful covered in snow and ice, and there are plenty of winter sports and skiing possibilities to take advantage of. December is also a truly magical time to visit because the Christmas markets are up and running. Christmas markets are local street markets that sell candies, treats, decorations, ornaments and tons of other gifts. They are held during the four weeks of advent in celebration of the holiday. While these magnificent fairs are a tradition honoured all throughout Europe, the Christmas markets are extra special in Germany since this the country where they originated.

Germany is like many other European countries where transportation is easily accessible and there are several ways to get around. However, like many other parts of the EU, Germany is a major tourist destination and is therefore, unfortunately, a popular spot for tourist scams and pickpocketing. Make sure to keep a look out at your surroundings and to stay aware during your German adventures. The ultimate way to be prepared against theft is to buy international travel insurance. While covering your devices with travel insurance will not replace them if they are stolen, you will at least be reimbursed for their costs.