Rome in a day

This week we hear from Waldo who shares his adventures in Rome. From the Colosseum to the Pantheon and everywhere in between, Waldo experienced the wonders of ancient Rome which he recounts here with a candid account of the sights to see. 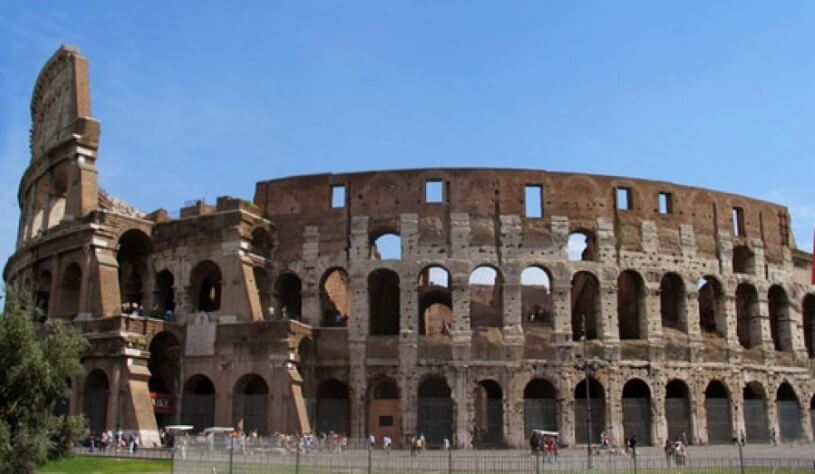 The first few minutes we were in awe of the most normal things. The city had so much beauty, history and sort of unabashed grandeur where one thing was more spectacular than the last. Eventually though, you tend to block out the crowds of intricate marble statues and ancient government houses. Jess, Mitch and I started to ignore what a few days earlier would have stopped us in our tracks. Rome is the city that out-does itself.

We went to the Colosseum and did a tour. This was a great way to start Italy by getting the real touristy stuff out of the way on the first day. The guide painted a bloody picture of the ancient Roman people but I guess it made for pretty good entertainment at the time. That’s not to say that there weren’t people opposed to the violent blood sports that went on there but they were mostly the ones about to be thrown in with the lions. Afterwards, I got threatened by a guy dressed as a Roman soldier for talking his picture without paying him. Although his sword was not real my fear was quite authentic.

We took the tour of the Vatican. Our tour guide was the spitting image of George Clooney and he knew it. An hour or so into the tour he told us we could take a break in the courtyard. He then tried his most painful pickup lines on the these blonde American girls in the group forgetting that his microphone was on and about thirty-five people were listening in on their headphones. I loved the tour. The Vatican is truly one of the most amazing, expensive and extensive collections of useless things that exists. All of the intricate and detailed symbology just mystified their message. I did get lots of cool photos though.

The civil hub of ancient Rome was the Forum. It’s hard to imagine the day-to-day goings on. None of the architecture was left complete. It had all been stripped of any valuable metals and other materials because the next generations, believing their time to be of more significance, needed to be commemorated above all others. It was there my travelling companion, overwhelmed by the roots of ancient civilization, began spewing all over the place. Jess, unable to contain her composure (or her breakfast), climbed up out of the ruins and ran back to the safety of the hostel calling back something about bad airplane food and leaving Mitch and I with her mess.

The Pantheon was a surprise because I didn’t know what I was looking at as we approached but when I went inside and recognized it there was this eerie feeling in the room. It’s strange the way that a piece of architecture affects the way you feel.

We took a walk, had a gelato and after that point I was feeling Italy. Then it started to rain. And it rained. Huge cold European rain drops. We bought a cheap leaking umbrella from one of the dodgy street vendors and we circled the streets for at least an hour trying to find a way back. As it started getting dark we boarded a train lost, tired and soaked and began to plan what we would do tomorrow.