Anzac Day in Australia - from a Kiwi’s perspective

We asked a kiwi in our office to give us a New Zealander's perspective on ANZAC Day... Was it celebrated differently in New Zealand? This is what Dominic had to say. 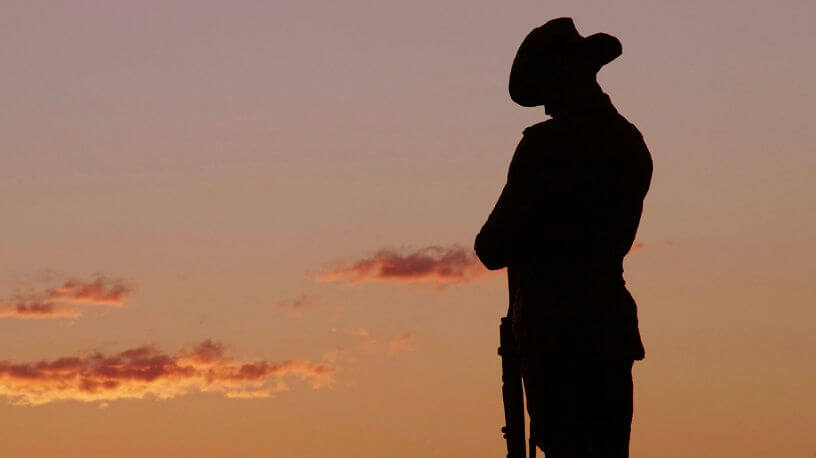 ANZAC day in New Zealand is celebrated much the same as it is in Australia but with a few differences. At the end of the day we did fight together and you can’t have ANZAC without NZ. We join nations on this day to remember the sacrifice our grandfathers made for these two great countries, so maybe the old ‘Eastern Australia’ joke isn’t quite as bad on this one day of the year.

Anzac day back in my home town always started with a traditional dawn service which means an early start (5:30am). I would walk down to the local football ground (Memorial Park in Petone, Wellington) where there is a large garden and statue with the names of the fallen from Petone as it was where I grew up. There was a smaller gathering of people here which gave it more of an intimate feel. A few dawn services I have been to in the past I have been with Maori friends and their families so this involves a very Maori based ceremony i.e. the Haka and speeches in Te Reo Maori. But other than that the ceremonies are very similar with marching bands and the last post being played as the veterans were introduced. If you were to go into Wellington city (where the main parade is) there is the traditional 21 gun salute in respect to the fallen. This is a much larger parade with a lot more people.

Not all businesses in New Zealand give all employees the entire day off. There is only a half day public holiday technically. At my last employer when I was in Wellington I was required to go back to work at 12 noon. As a result of this it meant that we could not drink, which is a large differences between us and our brothers over the Tasman. Not all businesses required their staff to go back to work at noon (just the stingy ones), however students would get the whole day off.

Another Australian tradition that is not followed over the ditch is that we do not play two-up on ANZAC day. I only discovered this game after arriving in Australia so I was totally unaware of the rules.  This made it a little embarrassing when I first played this in an Aussie RSL club on ANZAC day. It was as if I didn’t know the traditional game of our fallen heroes! But hey, I think it makes the day more of a celebration!

If a tourist was to come to New Zealand and I was to take them to an ANZAC day parade then I would firstly ask them if they wanted to go to a large gathering of people or a small community based ANZAC gathering. I was always more a fan of the community based ANZAC day celebrations so I would take them to a small town, but if they were after a large gathering and a bit of a drink afterwards I would take them into the city.

Overall, it’s not too different. There is the same feeling of respect for those that fought in battle or died trying to protect their countries. There is the same sense of community and a spirit that is so strong on this day and essentially a sense of pride and remembrance. It’s also a day that a New Zealander can even put aside the memory of that ‘under arm delivery’ or last week’s sheep joke and doesn’t mind having a beer with the Aussies. It’s a time of mutual respect. Lest we forget…