5 things you didn’t know you could do in Seattle The Washington State city offers a unique experience to that of many other U.S. cities on the west coast and quickly became one of our favourite places in the U.S. but not for the reasons you might expect.

Here are 5 fun things you must do during a visit to Seattle.

1. Be grossed out at the Market Theatre Gum Wall

The tradition began back in 1993 when people started to stick gum to the wall and place coins in the gum blobs. The theatre workers next door scraped the gum away twice, but eventually gave up after the Pike Place Market officials deemed the ‘gum wall’ a tourist attraction in 1999.

The Market Theatre Gum Wall is now a local landmark in downtown Seattle, located in Post Alley under Pike Place Market. The bricked alley is covered in used chewing gum, with some parts of the wall covered several inches thick.

If you’re up for it, grab a pack of gum before heading down, chew it and leave your mark. 2. Take a trip up an active volcano

Tours can take you up 5,400 feet where you can grab some lunch before heading out into the snow for a hike or build a snowman, whatever you prefer. During our visit we opted for the latter. 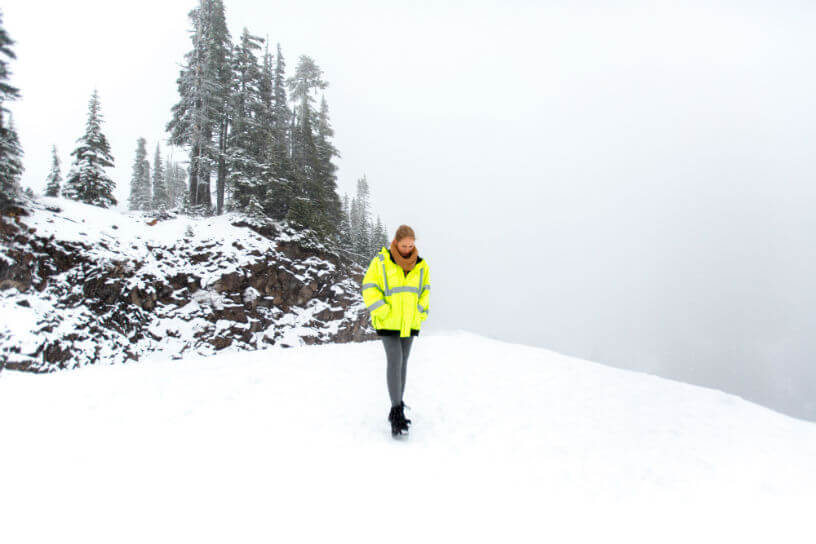 Coffee lovers, get excited! Seattle is the birthplace of Starbucks and you can grab your morning coffee at the original Starbucks during your stay. Established in 1971, the store has been kept in its original style. Just be warned, it has become a tourist attraction, so be ready for a long wait for your coffee.

Like so many others before us, when we set off to find the original Starbucks we made the mistake of thinking it was the Starbucks on 1st & Pike but that is not the one. The original Starbucks is in the Pike Place Markets, turn right and keep walking until you see a massive line. You are welcome!

Yep, Seattle has its very own troll under a bridge!

Standing at 18 feet and weighing 13,000 pounds this is one large public sculpture. The piece was the winner of a competition back in 1990. The competition, in part, aimed to restore the area under the bridge, which had becoming a dumping ground and haven for drug dealers. The sculpture is a fun little tourist attraction for those visiting Fremont. 5. Get the best views of Seattle at Kerry Park

Is it views you are after? Well, you may think the Space Needle is where it’s at, but we beg to differ.

You can get amazing photographs of the city of Seattle, along with the Space Needle and Mount Rainer in the background, at Kerry Park. After exploring a lot of the city to find the perfect shot we found this park had the best views of all. Bonus: 5 things every tourist does in Seattle

You don’t have to go to Los Angeles to see the homes of iconic music, entertainment and even industry leaders in technology. A quick drive around Seattle and you can see the former house of Kurt Cobain, Bill Gate’s multi-million dollar mansion or if you really want to get your 90s groove on – go check out Sir Mix-A-Lot’s recording studio.

Jess Valentine is a travel blogger and spent the past year travelling the world fulltime with her fiancé Stephen Parry, sharing their adventures on their blog Flying The Nest. In 2015 Stephen won Cover-More's Ultimate Traveller video competition.