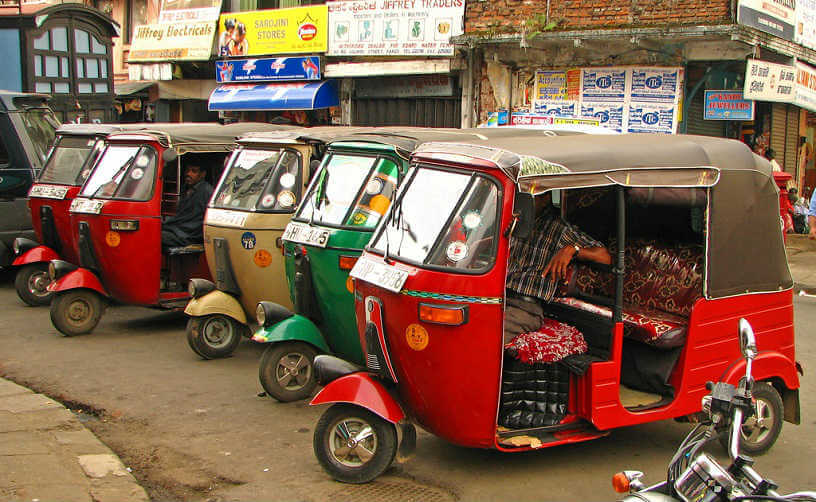 On the whole, the people of Sri Lanka are lovely. There’s a reason Lonely Planet voted the country the best vacation spot for 2013 – but “value destinations” often come with hidden dangers. If you are planning a trip to this island paradise, beware of these common five scams for tourists.

The Drive, Drop and Ditch

The most commonly-reported scams in Sri Lanka involve tuk tuk drivers (small cars similar to taxis). Often a person will approach you on the street saying there is a special celebration in a different part of the city. This scammer will be persistent if you say you do not want to go. Once you agree, a tuk tuk will conveniently approach, it will not have a meter (if you ask, the scammers will most likely pretend it is hidden in the car). The first person will often request to ride with you to a nearby location. Once in the car, the driver will take you to a location – usually not the one you were promised – and demand a large sum of money for the ride. The two scammers will often attempt to team up and intimidate you into paying.

The best advice for avoiding all tuk tuk scams is to only enter cars with visible meters. Even if a price is negotiated ahead of time, tuk tuk drivers without meters are often accustomed to getting inflated fares. They will yell in foreign languages and confuse the passenger. Also, as a general safety rule, do not go alone to a second location with strangers you meet on the street. That is rarely a safe decision.

Respectable-looking elderly men and women will approach you on the street. They will have official-looking papers purporting their status as charitable community leaders. They will ask for large sums of money. Often these are not charity workers, but simply people looking to take money from foreigners.

Do not give money to people on the street. This scam is most popular in Kandy, but happens on the beaches of Colombo as well. Often charitable organizations in Sri Lanka do not ask for money on the streets. If you feel particularly compelled to give to an organization you hear about, take down the name and wait until you have Internet access. Check to make sure it is a real organisation and donate online or by money order.

Stilt fishing is a practice closely associated with the south coast of Sri Lanka. Men sit atop tall poles in the ocean holding fishing rods. While some genuinely practice stilt fishing as a livelihood, others do very little fishing at all. Sit ’n scammers partner with men on the beach, preying on tourists who take photos of them. Men on the beach will wait until you take a picture of these fishermen and approach, demanding money for the photograph.

This is a quite difficult scam to avoid. As with most scam prevention, be aware of your surroundings and survey the situation before acting. If you are approached by these scammers, know that it is, of course, not illegal to take a picture of the ocean. Do not be intimidated into paying, but also do no protect your $1 so fiercely that it puts you in danger. Another option is simply not taking pictures of stilt fishermen.

This scam is common in many countries. A native will befriend you and invite you to a bar. This scammer will drink with you, until they disappear – either under the guise of retrieving forgotten money, or by never returning from the restroom. This will leave you with the bill, which will be – surprise – greatly inflated from its regular price. After you pay, this scammer will most likely return to the bar to split the proceeds with the bartender.

Use your judge of character when meeting locals – and, again, do not go to a second location while alone with a stranger. If you are stuck with the bill at the bar, look for a price listing and ask for a receipt.

Often a ragged-looking child will approach you in the street while holding a baby. The child will request you buy his family powdered milk from a local shop instead of donating cash. You will enter the shop, and find the milk powder ridiculously overpriced (usually nearly $60). Once you purchase the child the milk powder, he will return at the end of the day to split the proceeds with the shopkeeper.

As stated above, be cautious when interacting with people. Use your best judgment and if milk powder seems insanely expensive, you are probably shopping at the wrong store.

Scams can be difficult to spot until you have already fallen for them – and while you can’t always protect yourself from scams, you can protect your belongings and your safety by purchasing a travel insurance policy from Cover-More. Don’t leave your safety to chance in a foreign country. Buy travel cover today.