Skip to main content
Home / Blog / Europe / Where on Earth is Estonia? Discovering the beautiful Baltics

Where on Earth is Estonia? Discovering the beautiful Baltics

When I told people I was going to Estonia, I was met with blank stares and comments like, ‘where is that?’ and ‘what do you do there?’

Estonia is part of the Baltics which include Latvia and Lithuania and sits next to Russia. Estonia faces the Baltic Sea and is only a short two hour ferry ride from Finland.

I was attracted to Estonia by its beautiful and well preserved Old Town, which is amazing considering the number of times the country has been conquered by other countries such as Denmark, Germany and Russia. 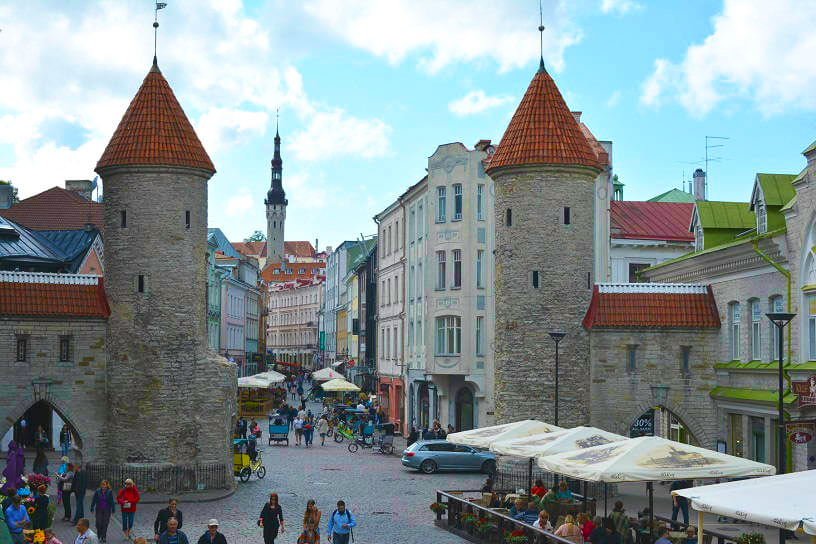 For a small capital, Tallinn has a lot to offer if you know where to look and it’s a worthwhile stop while transiting to and from Helsinki, or a lot of people I met were going to or from Latvia’s capital city Riga from Tallinn.

There’s a lot more to Tallinn and Estonia than I knew and I actually ran out of time to see everything. Allow at least three days here.

For an engaging history of Estonia and the capital Tallinn, make sure you head along to one of the free walking tours. These tours are run daily at 12pm and start from the tourist office in the old town near the main square. The tours run for around two hours and are hosted by young, energetic locals. These are a good introduction to Tallinn and a perfect place to start on your first day. The Town Hall Square is unsurprisingly dominated by the Gothic style Town Hall, as well as your usual tourist fare of restaurants touting traditional dishes and people dressed in medieval costume. In summer, there’s entertaining acts in the square, or Christmas markets during December.

There are plenty of viewpoints from buildings across the city to see Tallinn and it’s definitely worth the few euros entry to get up high above the town.

You can see Tallinn from the city walls, St Olaf’s Church, Town Hall (during the summer), the bell tower in St Nicholas’ Church at Toompea. In the medieval restaurant in the Town Hall, grab the elk soup for a couple of euros.

The Toompea bell tower is the best place to get a close view of the Orthodox Aleksand Nevsky Cathedral, while the viewing platform at St Olaf’s Church offers 360 degree views of Tallinn.

For free views of the town, head along to the Patkuli and Kohtuotsa viewing platforms in Toompea.

If you do the walking tour, the Kiek in the Kök cannon tower will be one of your first stops and you’ll hear the history of this tower. Kiek in the Kök translates to ‘peek in the kitchen’ in German because you were able to see inside people’s houses from the low tower.

The fortified tower has thick walls and is four metres thick in some places.

Underneath the tower are the bastion passages. The tunnels can only be visited by guided tour by prior booking only. The starting point is in the Kiek in de Kök museum.

There are plenty of hostels on offer throughout Tallinn as well as bed and breakfasts and hotels, largely concentrated around the Old Town.

I picked a prime position and stayed at Viru Backpackers, which is more a bed and breakfast than a hostel. Only private rooms are available here with a shared bathroom. Breakfast is free and includes fresh pancakes.

You get the best of the both worlds at this place – a quiet place to sleep with the Old Town at your door but you can go hang out at Viru’s sister hostels - Monk’s Bunk and Tallinn Backpackers. If you’re looking for cheap accommodation, these hostels are well rated and promote themselves as party hostels. They’re located across the park from the Old Town. I spent my nights socialising at Monk’s Bunks which has a bar, foosball, pool table and beer pong – and I made a lot of friends here.

For a slightly creepy Estonian experience, head along to the former Soviet prison – the Patarei Sea Fortress Prison. Entry is €3 ($A4.50). Wear enclosed footwear to the prison – it’s basically an abandoned building with not much upkeep so many sections are rundown, and also very dark so even a torch is a good idea.

Patarei was a high security prison from 1919 to as recently as 2004, with prisoners living in very poor conditions. But the building was originally built as a sea fortress in the 1800s. It’s open daily from 12pm to 7pm from May to September. Outside of the warmer months, guided tours are possible by arrangement. Down the road is the Seaplane Harbour Maritime Museum.

There are a couple of tours on offer to take you places outside of Tallinn. I did the Lahemaa National Park tour, which takes you through impressive peat bogs. If you’re travelling as a couple or group, I recommend hiring a car rather than going on the tour. The tour took you to a few other places near the national park but Lahemaa National Park and the Jägala waterfall were the only places worth seeing and if you're in a group you would be better off hiring a car rather than paying the overpriced tour cost. 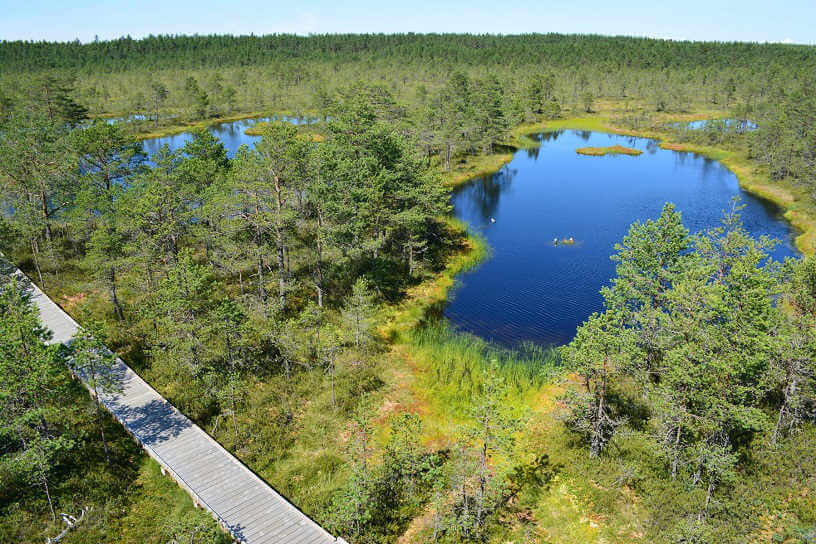 The Jägala waterfall is 50 metres wide and is supposed to be quite the sight when it freezes in winter.

The tour I didn’t get a chance to see but would’ve if my dates had aligned, was a daytrip to the west of Tallinn. What I really wanted to see during this tour was the Rummu quarry and Murru prison. The prison now lies half submerged and it’s possible to swim through the abandoned building in the warmer months.

Again a car might be a more efficient and cheaper way to get out seeing these sights if you’re not travelling alone.

These tours are run through most hostels in Tallinn, and you can also arrange to go out to an AK47 shooting tour. Another sight in Tallinn you should put on your to do list is the KGB Museum in the Viru Hotel.

For a bit of retail therapy, head down to the Roterman quarter – an area once full of factories and converted into a trendy area complete with second-hand clothing and European chain stores.

When you get hungry from all your wandering, make sure you seek out one of the Juustukuningad (Cheese Kings) traditional Dutch cheese shops in Tallinn. The shops have rows and rows of delicious cheeses to choose from. You can try before you buy – but be warned you will probably walk away with lots of cheese! 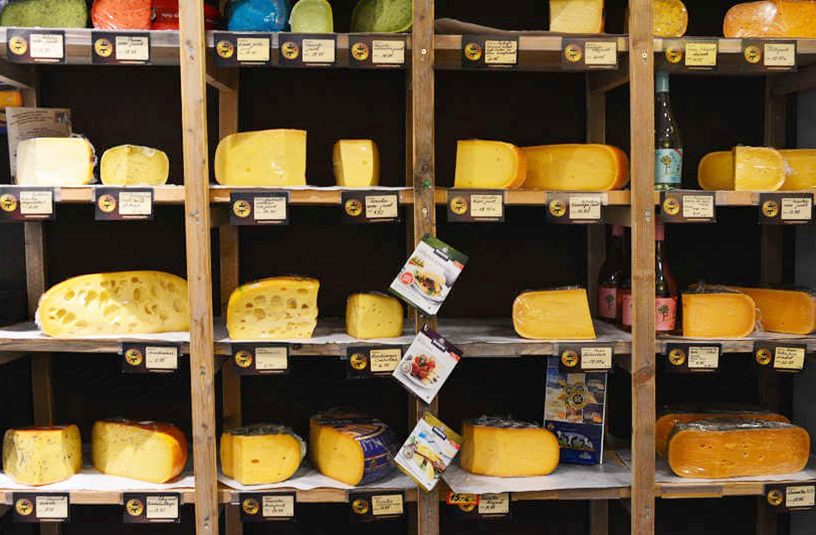 Moving on from Estonia into Scandinavia? In less than two hours you can arrive in Helsinki by boat. There are heaps of options although the smaller ferries won’t sail in bad weather. I opted for the large ferry operated by Tallink.

Do like the Scandinavians do and if you can carry it, consider stocking up on alcohol in Estonia or be prepared for the price shock in Finland.

Lisa Owen is a pint-sized Australian following her dreams to travel to as many places as she can, and loves to share her photography, travel hacks, hiking adventures, and food discoveries along the way. At last count, she has travelled to more than 40 countries in between working in public relations and discovering hidden gems in Australia's great outdoors. Instagram: @_thelittleadventurer. Facebook: The Little Adventurer Australia