Skip to main content
Home / Blog / Europe / What are the Best Ways to get Around Europe?

What are the Best Ways to get Around Europe?

Are you planning a trip to Europe and wondering what’s the best way to get around? The good news is there are many options to country hop across the European continent that will suit any budget.

Europe is extremely well connected no matter if you’re travelling by car, bus, train or plane.

Read on to find out how to get around Europe: Check out Cover-More’s travel tips for Europe and the UK here.

How do I explore Europe by bus?

FlixBus offers an inexpensive and efficient way to get to and from dozens of cities across more than 25 countries all over Europe. Destinations include France, Italy, Netherlands, Belgium, Poland, Hungary, Germany, Slovenia and many other European countries.

FlixBus offers a useful mobile app where you can book online and download the ticket to your phone so there’s no need to print it out. You can also easily cancel your ticket on the mobile app.

FlixBus has recently made it over to some countries in Eastern Europe such as Serbia and Bulgaria, but several other bus companies also service this region and you can buy tickets at bus stations.

The following countries are best travelled by bus as passenger trains are non-existent or not efficient: Bulgaria, Bosnia and Hercegovina, Macedonia, Kosovo, Albania, Croatia, Montenegro and Serbia.

In the Baltic countries of Latvia, Lithuania and Estonia, bus is also the most efficient way to get between these countries. Lux Express and EuroLines service this region. You can buy tickets online or at the bus station.

Online resources to research bus routes include Rome2Rio or Get By Bus. 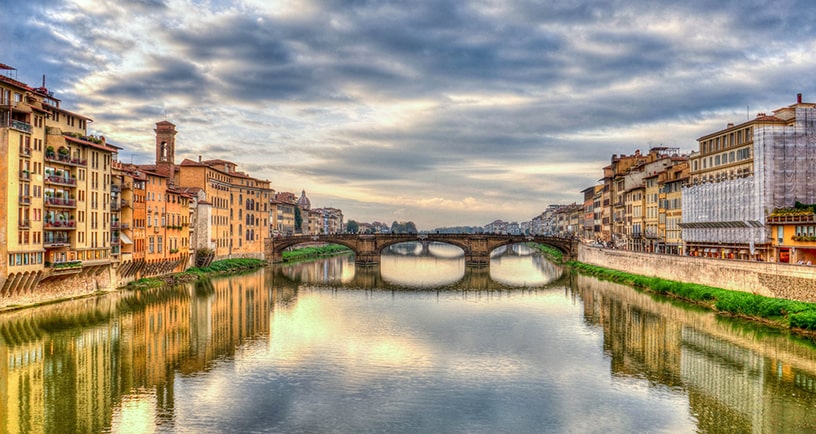 Want to protect your travel adventures? Get a free quote for Europe travel insurance here.

How do I use trains in Europe?

Exploring Europe by train is a great way to see the continent but it can be a lot more expensive than bus – sometimes more than three times!

While a Eurail or Interail Pass can limit some of the cost, it only works out cost effective if you plan to visit many major cities across Europe – and is best for people with a short timeframe.

Be aware that some trains may require reservations – and a fee may be involved. For more information on how the train pass works, head to the Eurail site.

Cities and towns in Romania are also well connected by town such as Bucharest to Brasov, and the same applies to get to regional areas from Prague, Czechia.

Hungary also has a good train service that provides links with Romania and Serbia.

Trains can be very expensive in Western European countries such as Germany, Switzerland, France, Netherlands – particularly if you take the high-speed trains.

Are you having trouble deciding where to go in Europe? Find out the 10 best summer destinations to visit.

How can I use Busabout to get from A to B?

Busabout bridges the gap between a tour and transport by offering travellers freedom but also organised transport.

Busabout services 47 destinations across Europe from 1 May to 30 September and works on a hop on hop off basis.

Each destination has a Busabout service come through every second day.

You can buy passes starting from three stops to 15 stops, or even buy an unlimited pass.

It’s not the cheapest way to travel around Europe but if you want to avoid the hassle of figuring out your own transport, then this might the option for you. Do you want to avoid the crowds in Europe during the summer? Then explore these European cities in winter!

How do I use BlaBlaCar in Europe?

BlaBlaCar is a carpooling service that operates across more than 10 countries in Europe.

You can search via the BlaBlaCar website to see if anyone is going to the destination you want from your current location.

You can then buy a seat and then you meet them at the designated meeting point, which will be somewhere near their starting point.

For example, someone might post they are driving from Marseille to Avignon in France leaving at 8am on a Thursday. There is quite a difference between Eastern and Western Europe. Find out which one suits your holiday plans best.

Which airlines can I fly with in Europe?

If you need to travel a long distance across Europe, then going by air might be a good option.

There are dozens of budget airlines operating in Europe. These include Ryanair, EasyJet, Norwegian Air, Wizz Air, Wow Air and Pegasus Airlines.

These budget airlines will often charge you to check in a bag, so make sure you add it on if you need it and check the weight limit. Many budget airlines allow a check in bag up to 20kg only.

If you’re not keen on a budget airline, other popular airlines servicing Europe are Iceland Air, Turkish Airlines and SAS.

Check out flight search engines such as Google Flights, Skyscanner and Kayak to find flights.

One thing you'll want to know is your passenger rights in Europe. Delayed and cancelled flights happen everyday, so find out what compensation you're entitled to when travelling around Europe.

There you have it – some of the best ways to get around Europe! Whether by bus, trains, cars or planes, there are so many options to help you get from A to B. Don’t forget to enjoy the journey and not just the destination, as there are lots of scenic routes to look at.

Lisa Owen is a pint-sized Australian following her dreams to travel to as many places as she can, and loves to share her photography, travel hacks, hiking adventures, and food discoveries along the way. At last count, she has travelled to more than 80 countries in between working in public relations and discovering hidden gems in Australia's great outdoors. Instagram: @thelittleadventurer. Facebook: The Little Adventurer Australia.