Asuka Village is considered one of Japan’s most historically significant areas; due to the powerful families associated with the area and the spiritual rituals that took place during the first century. There are over a dozen ruins open for public viewing situated within a three kilometer radius, which are usually visited by foot or bicycle. The area is mostly flat which makes it easy to pedal from site to site, as well as through the narrow roads which spread like veins throughout the rice paddies. There are two distinctly different parts to Asuka; the old and the new town. The new part of town is built up around Asuka station. It’s much like other populated rural towns with a mixture of basic and modern conveniences. I recommend staying in the old part, as it’s a much more peaceful and majority of the historical sites are within walking distance. 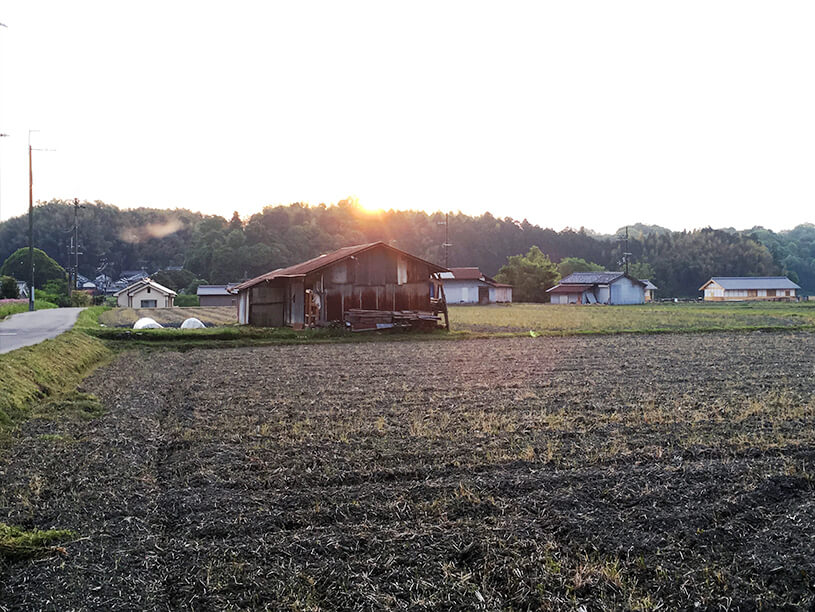 There are several bicycle rental shops in the area and there’s an excellent amount of free English information available, including maps, on-site signage and brochures. History buffs will be in their element! However, my favourite part of the stay was simply riding through the fields in the early morning or just before sunset to say hi to the elderly locals tending to their veggie patches. Their English ability is limited, but most of them can tell you what they are growing and what they plan to do with the produce. If cycling is your thing, venture up the mountain to discover some creative recyclable art and scarecrows dotted around the fields. If you choose to hire a car (you’ll need an international driver’s license to do so), with some careful maneuvering you can wind your way up hill to watch the sunset over the old town and expansive rice paddies.

I recommend picking up a sightseeing map from the station or tourist information centre upon arrival, as it’ll provide you with some basic information about the ruins and help you determine the best route. If you want to see them all, allow an entire day or two as there’s so much to take in. In my opinion, the ‘must-sees’ are the Itabuki Palace Ruins, Sakafuneishi, Takamatsuzuka Tumulus and Oka-dera Temple.

Itabuki Palace Ruins resemble something I would imagine an alien space ship to land on. Surrounded by green fields, the geometric stone platform is all that remains. It’s hard to fathom it was once an empress’ palace, built mid-7th century. The Sakahuneishi is a giant smooth stone which is equally extraterrestrial looking, with unusual patterns perfectly carved into the top. It’s set deep within a bamboo forest, which makes it even more peculiar. The organic shaped carvings are believed to have facilitated the production of alcohol, but its position and true purpose remains a mystery. The walk through the dense bamboo forest to get to the stone adds to the eeriness of the experience.

Takamatsuzuka Tumulus is a circular mound built to honor the burial of an emperor and a stone wall with ancient Chinese paintings which was discovered there in 1972. The wall and burial chamber have since been removed for restoration and are display elsewhere, but the mound is said to have spiritual powers. Annual festivals are held during cherry blossom season to celebrate its historical significance, drawing crowds of thousands each year. 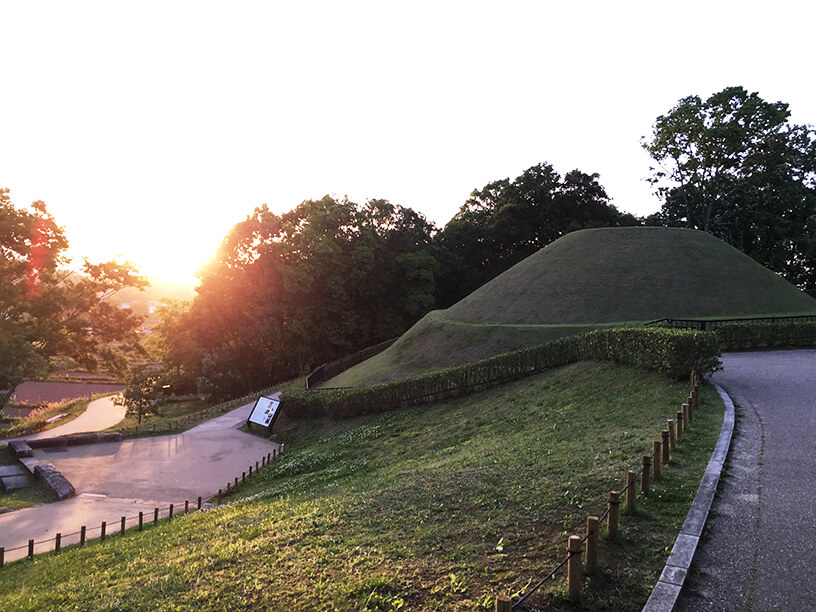 Oka-dera Temple possesses so many unique features, making it one of the most interesting temples to visit (in the same league as Kyoto’s). Aside from its historical and religious offerings, there’s lots of interactive elements for visitors to enjoy, such as ringing the ginormous bell in the bell tower and crawling through a dark cave to meet the ‘Buddha of the Future’ at the end of the tunnel. The flora is magnificently fragrant and colourful during spring and there’s a photo-worthy lookout point close to the exit. If you’re travelling alone, or on a budget, there’s a backpacker-style guesthouse in the area (Asuka Guesthouse) which runs out of an old traditional homestead; it’s been converted to accommodate travellers, however the common areas still have tatami mats and paper sliding doors and shutters. The owners are young locals who speak English and prepare amazing bento (lunchbox-style) meals for their guests for roughly $10AUD. Just before sundown, I recommend walking to the highest point of town, Amakashi-No-Oka Observatory, which is located in the west of Asuka National Park. The landscaping of the entire park, but especially the observatory, is spectacular. It’s both breezy and shady enough for visitors to have a picnic or play ball games on the grassy areas below. Getting there: The journey will take roughly one hour by train from Nara, and requires several line changes (see Google maps for further details). The trip will cost approx. $8AUD, which is not covered by the Japan Rail Pass.

Casey Hawkins grew up immersed in Australia’s sea, sun and surf culture. She first became a teacher because she was passionate about sharing ideas and experiences. Teaching has led her to explore some unique, remote locations and make friends with people from all walks of life. She is most passionate about learning and sharing their stories with others. Website: Nan’s Lucky Duck