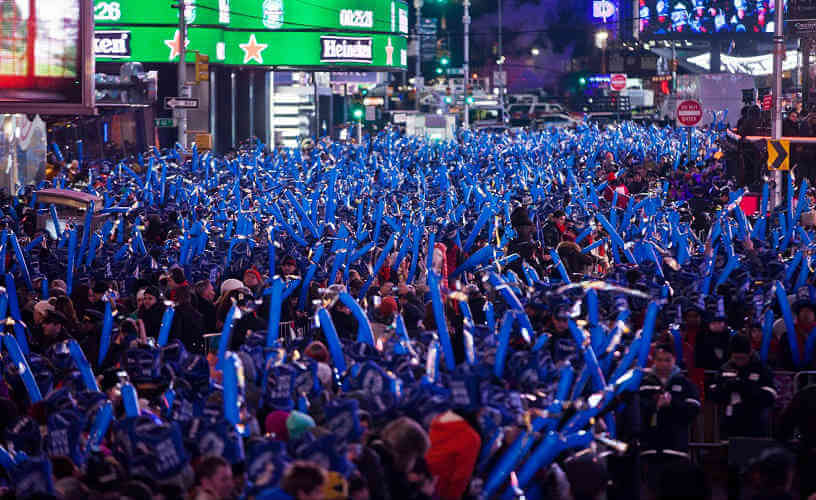 Perhaps the first thing you’ll notice about New York City is that everyone is in a hurry to get somewhere. That’s because there is always something going and somewhere to be. It isn’t a cliché in this city where no matter what part of the city you are in or what you are interested in, there will be an activity for you to participate in every weekend and almost every single week night.

If you want to release your inner culture fiend, you can search for art shows, free museum showings, gallery openings and more. If you want to hear amazing live music and get sucked into the performing arts scene, you can find theatrical performances, live concerts, and more. Now, all you need to do, is find what catches your attention, and buy the tickets.

This annual Christmas Spectacular takes place at the famous Radio City. Every year, the famous Rockettes push themselves further and further to put on a spectacular show that is more dynamic, more challenging, and more magical than the show from previous years. Watch the incredible performance and immerse yourself in the cheer and joy from the Christmas season in New York City.

World-famous, New Year’s Eve in Times Square is the spot for one of the most exciting and unforgettable ways to ring in the New Year. Keep an eye on the countdown clock and watch as the New Year’s Eve Ball descends from the flagpole atop One Times Square to an audience and crowd of one million people in the street, millions more across the United States and over a billion people watching throughout the world. Bid adieu to the departing year and celebrate the joy and hope that comes with welcoming the New Year ahead!

The Tribeca Film Festival was founded back in 2002 by Robert De Niro, Craig Hatkoff and Jane Rosenthal and the mission of this annual film festival to enable the international film community and the general public to experience the power of film by redefining the film festival experience. There are independent films, documentaries, feature films, panel discussions and more. Close to three million people attend the festival every year, including a number of oft-elusive celebrities from the performing arts world.

See a Mets or Yankees Game

Warmer temperatures always signal the return of America’s favourite pastime – baseball! New York City is home to two different teams, the Mets and the Yankees, and they have a historically tense rivalry. Search around for tickets online, pick a team (and stick to them!) and spend an afternoon watching the players on the baseball diamond with your friends. It’s a purely American experience and no one does it better than New Yorkers.

Every summer in New York City, the Lincoln Centre Out of Doors invites performers (of varying degrees of fame and success) to sing, dance, perform and make music all through the city. There are plenty of free performances that take place outside the Lincoln Centre and other scheduled performances are listed on their website so you can plan ahead. The festival runs from July 20 through August 10.

Labour Day weekend in the U.S. doesn’t have to be boring. You could spend the weekend bumping and grooving to the latest sweet sounds of electronic music at Electric Zoo. You’ll be joined by close to 150,000 like-minded souls to watch popular acts like Knife Party, Dada Life and Laidback Luke take to one of the main two stages. Feel the bass and beats pulse through your body as some of the world’ best electronic DJs spin their sets. Looking around you’ll be able to see Manhattan, the Bronx and Queens in the background. The festival runs from August 29 through August 31.

Halloween is a huge celebration in America, when you can get dressed up in the craziest costumes you can find and get creative. New Yorkers take this tradition to the extreme and if you attend the Village Halloween Party you’ll come across some of the scariest, most creative and wackiest costumes ever. Head to Greenwich Village to enjoy the festivities, live performances, and costume contests.

While Thanksgiving is not a holiday celebrated in Australia, it is a major holiday in the United States. Traditionally celebrated with fall-themed meals and parties, NYC does Thanksgiving the best. Every year, the Macy’s Thanksgiving Day Parade sends massive floats and inflatable characters through the streets of Central Park West and more. The parade takes place over two miles where celebrity singers and performers do their thing. Whether you want to be in the middle of the hubbub or would prefer to see the festivities from farther way, there are plenty of ideal viewing options (including viewing on the TV from your favourite local pub or restaurant). An added bonus? Everything is free. And that’s something to be thankful for.

Plan your time in New York City with these events in mind and be sure to keep a few spots open so you can explore the city on your own and see what hidden treasures appear in the different burroughs. Travel Insurance from Cover-More can supplement your trip plans with added benefits like trip cancellation, lost luggage cover and more. Compare their plans online and get a quote today.